This is the Language of Fitting In 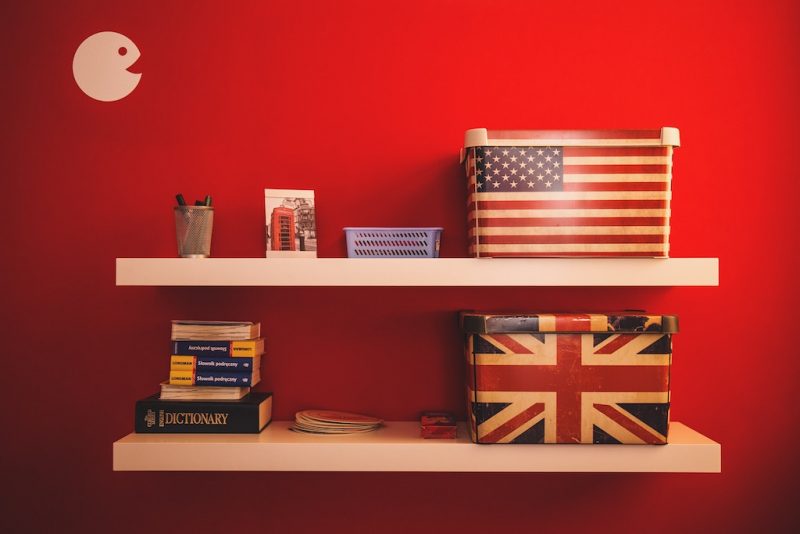 Each individual is required to memorize the answers to 100 questions for the history and government exam. Some of them are easy, especially if you’re a baseball fan: What is the name of the national anthem? The Star-Spangled Banner, of course. And some of them are not quite as easy: How many justices are on the Supreme Court? There are nine. (Enough, for example, would not be a viable answer.)

In the opinion of this speech coach, the questions are not the biggest problem. The real challenge is that it’s an oral exam and applicants are being judged on their ability to speak the language. Yikes! I want to be a good American and try to help those who strive to assimilate. Yes, this country is great, but the language is crazy! Imagine trying to learn spoken language rules that are not consistent. It’s like trying to hit a moving target – but I guess everyone is expected to get used to it if they want to fit in.

The official U.S. Citizenship and Immigration Services Learner’s Study Test shows categories of recommended words for the exam. The first category is people and there are only two famous Americans listed: Abraham Lincoln and George Washington. Right from the start, it’s getting pretty dicey. Abraham has three letter a’s. Each one is spoken differently than the others. The first a is spoken like pay, the second a is like what, and the third a is like the word hand. And how do you know that the stress falls on the first syllable of his name?

Our sixteenth president’s last name is a challenge too. How does a non-native speaker know that it is pronounced “Ling-cun” and not “Lin-cone?” And what happened to the second L? The Father of our Country’s name is a little less confusing. His first name, George, seems simple enough, but why then is the overall category not pronounced “pee-aw-ple”? The eo letter combination is right there! Washington by itself is a pretty straightforward name, but the letter a isn’t spoken like any of the a’s in Abraham. It’s “Wah-shing-tun.”

When comparing various words from the seven additional categories, seekers of citizenship probably won’t understand why the letter o keeps changing the way it sounds. In fact, I don’t understand it either, but I will point it out. In the Civics category, there are the words Congress and country. The o in Congress is pronounced “Cahn-gres,” like the a in Washington, but the o in country is “cun-tree,” even though it has an additional vowel after it. The one thing that these two words do have in common is the stress within the word being on the first syllable.

However, one entry in the Holidays category does nothing to help clarify the proper use of the letter o or the expected syllable stress. Try saying Columbus Day as if it’s your first time. The question of why we put the stress on the second syllable is not important; that’s just the way we do it!

Simpler Words and How to Pronounce Them

Reading further into the recommended categories, you will find the simpler words: for, of, on, to, and most. They are all one-syllable words that use the letter o, yet each is pronounced differently: for – the long au sound, of – the short uh sound, on – the long ah sound, to – the long oo sound, and most – the long oh sound. The letter i fares only a little better. It represents three different sounds. The word combination, Bill of Rights, uses i twice: Bill – the short ih sound, and Rights – the long ah-ee vowel sound. Then there is the long ee sound of the letter i in Memorial Day.

At this point, non-native speakers have to be shaking their heads in disbelief. I know I am.

Quite the Language Challenge!

Memorizing questions and answers on U.S. history and government, along with memorizing the right way to say the right words is quite a challenge. But I have always believed that challenges are really opportunities. It’s pretty obvious that passing the U.S. Citizenship Test is quite the opportunity. Good luck.

Ready for The Next Level? Let me know.

We will never spam you. Your details are safe with us.